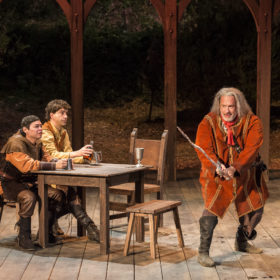 Henry IV; directed by Daniel Sullivan for The Shakespeare Center of Los Angeles, LA, California, USA. June 3, 2018. Reviewed by Justin B. Hopkins, Franklin and Marshall College I expected Tom Hanks to be good. After all, he has won a couple of Academy Awards, and he did receive complimentary reviews for his Broadway debut. […]